the nicholls worth • September 21, 2019 • https://thenichollsworth.com/7007753/sports/football-spotlight-allen-pittman/ 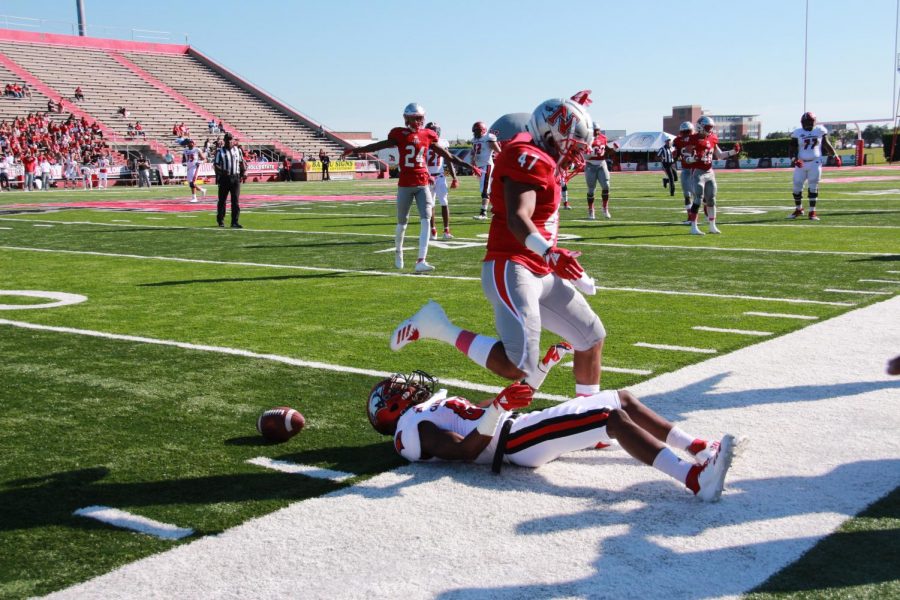 “I grew up loving football. When I was younger, I just always wanted to play football…I was just always an athlete. It was always just sports,” Pittman said.

It was at Destrehan where he began to shine, leading his team to the Class 5A Louisiana State Championship game his senior season. The Wildcats went 14-1 that season, with the only loss being in the state championship game.

He was also named the Defensive MVP for District 7-5A and Honorable Mention All-State for Class 5A his senior year.

Pittman credits the state championship game for giving him the exposure and the eventual scholarship to Nicholls State University.

He has been the anchor for this defense since his redshirt freshman year. He has started every game in his three-year career while leading the team in tackles two out of the three years.

Consequently, this has earned him a spot on the Southland All-Conference Second Team each of his three seasons. He joked about how this is the year he finally breaks the trend and makes the first team.

To us, he is Allen Pittman. To his teammates, he is “Captain.”

“I’m so proud of him and what he has become. Just how he has matured through the years…the maturity level that he has and the leadership he has brought to the defense. He is the voice, the vocal leader, and the ‘ra-ra’ leader; just making all of those plays on the field,” Head Coach Tim Rebowe said.

The high motor would explain the high playmaking ability.

In his first three seasons, he collected 220 tackles, 17.5 tackles for loss, three sacks, three fumble recoveries, three pass breakups, a blocked extra point and an interception returned for a touchdown.

He is also currently leading the team in tackles and sacks.

After college, Pittman has aspirations of playing professional football. He also isn’t limiting himself to the NFL.

“I would love to play professional ball if I’m blessed to play, but if not, I’ll be graduating with a safety management degree in petroleum. I will try to get into the oil field. I would play in the NFL or CFL. If somebody professional calls, I’m going,” Pittman said.

Tune in on Saturday, Sept. 21, to ESPN+ streaming service or 100.3 FM ESPN New Orleans to watch Pittman and the Colonels take on Stephen F. Austin University.