the nicholls worth • September 17, 2019 • https://thenichollsworth.com/7007704/sports/soccer-spotlight-blaire-laiche/ 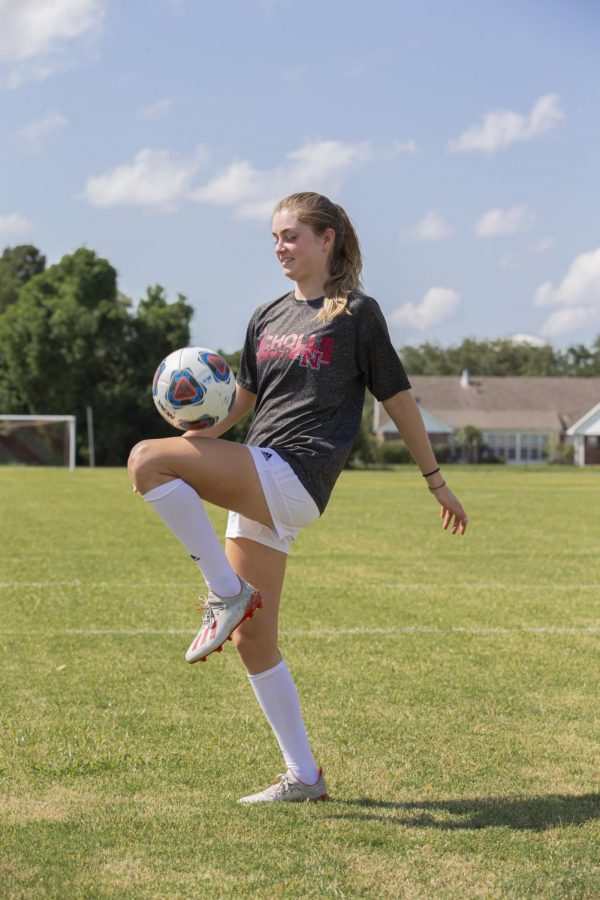 Blaire Laiche, a senior midfielder from Gonzales, is very active in the campus community.

Recent Nicholls State University Player of the Week winner, Laiche has been playing soccer since she was five and played club soccer, competing in regional and national tournaments all the way until college. This is where she would play semi-pro soccer with Baton Rouge United in the summer.

Laiche said that soccer has taught her a lot of valuable skills, like how to work with others, getting along with different people, time management and having discipline.

“It has definitely taught me a lot of valuable skills. You really can’t teach how to work with others unless you’re doing it, so working with the team, getting along with different people and being able to meet new people and get along quickly,” Laiche said.

Laiche is looking forward to getting to the conference tournament.

“I am hopeful and positive. I think we have a good opportunity this year. The team is strong, and we are more unified than in the past,” Laiche said.

“Blaire is the most passionate person I know. She is loud and crazy and wild, but she loves the people close to her. She loves her team, and she loves the Lord a lot, too. When she started coming around St. Thomas, it was like 0-60 for her. She doesn’t do anything halfway,” Martin said. “She started to pray slowly, but then all of a sudden, she was at every event. She was at every bible study. She was all in, in her faith.”

Blaire said she is very proud of her grades that she recently got an interview with Louisiana State University School of Dentistry in New Orleans.

“She’s good at soccer. She’s very good. It’s a skill that she has. It comes naturally, but she does have to work hard. She works hard for everything she has gotten. I think that more than soccer, she loves her teammates and her coaches. She really enjoys honoring God in her sport,” Martin said.

After she graduates, Laiche explained that she will miss soccer and being with the other women on the team. She also said she is going to miss the community within the team and being able to compete every day.

Laiche, after graduating, plans to go to dental school and become a dentist.

“It’s been awesome to see her grow into a very mature young lady, and I think she’s going to be very successful after she leaves here,” Free said.