the nicholls worth • September 14, 2019 • https://thenichollsworth.com/7007671/sports/football-team-looks-to-learn-and-move-on-after-loss/

Football team looks to learn and move on after loss 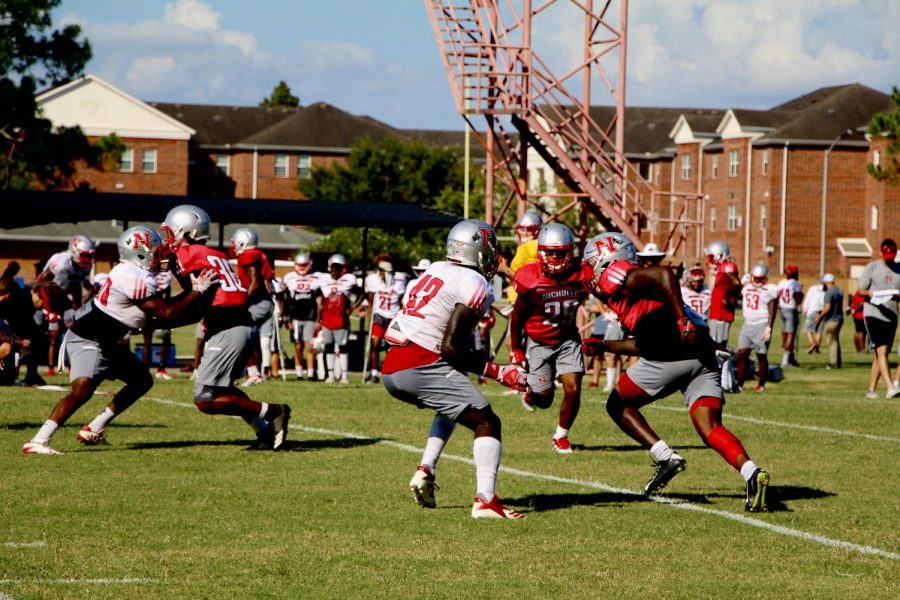 The Colonels look to even their 0-1 record this weekend, following a brutal loss to Kansas State University in week one.

The Panthers this season average about 14.5 penalties per game. This ranks dead last (116th) in the Football Championship Subdivision (FCS).

On the complete other end of the spectrum, the Colonels rank 1st in the FCS in fewest penalties per game with a mere two.

“It will be a tough, physical football game. We have to get out there and prove ourselves. We still have to prove ourselves, and get better every week,” Fourcade said.

The Colonels come into the game as a 10.5 point favorite. This should be no surprise, as the team has not started a season 0-2 since Nicholls head coach Tim Rebowe’s first season in 2015.

“There is no pressure; we came up short last week. We aren’t really worried about that game; it was just a learning experience for us. We are having a good week and feel prepared and focused for Prairie View,” Fourcade said.

This is the first time since 2016 that the Colonels dropped a season opener. The last was the University of Georgia with a final score of 26-24.

“We can’t really worry about who we play or where we play or the crowd we got. We have to do our job offensively, defensively and special teams. It will be a good day for us, no matter who we play,” Fourcade said.

This is the first time since 2017 that the Colonels will face the Panthers. The last matchup resulted in a 44-13 beatdown by the Colonels.

However, this game will be different. This time, it is on the Panthers’ home turf. These are also two completely different teams.

A very interesting statistic on the history of the Panthers’ program is from 1989-1998, they went on to lose 80 consecutive games. This is still the longest losing streak in NCAA history. Also, from 1968-1988, the team finished with more wins than losses.

The Colonels need to move on and focus on the task ahead. The Colonels plan to use the loss and turn it into fuel to drive them for the rest of the season.