the nicholls worth • August 26, 2019 • https://thenichollsworth.com/7007507/news/peltier-foundation-donates-to-nicholls-alumni-legacy-scholarship-fund/ 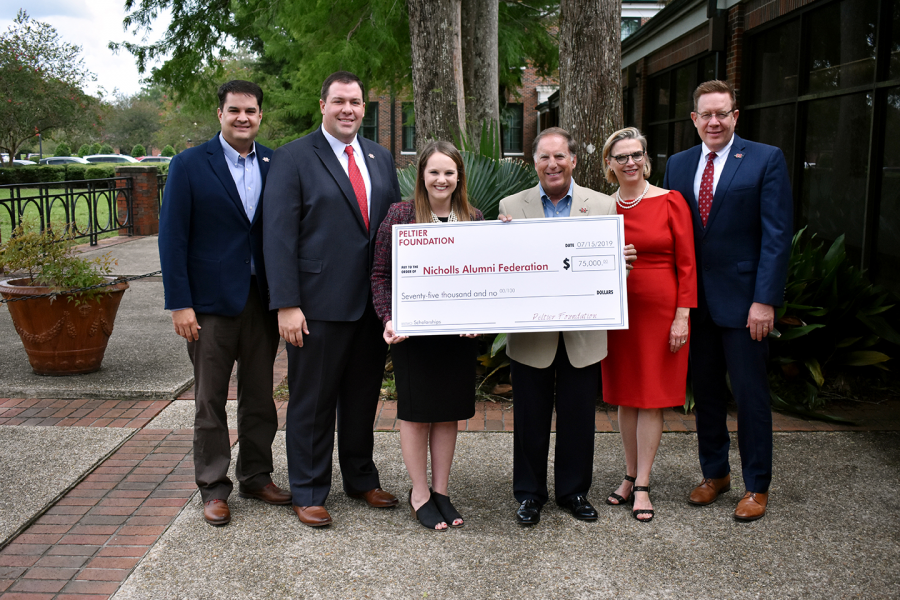 On July 29th, the Peltier Foundation made a donation of $25,000 to the Nicholls Alumni Legacy Scholarship Fund.

The Peltier Foundation, founded in the mid-1990s, has financially supported Nicholls State University for the past two decades. The foundation has funded many projects at Nicholls.

“We’re grateful to the Peltiers, not only for what they do with scholarships but what they do for the entire campus,” Jeremy Becker, executive director of the Nicholls Foundation, said.

In 2014, the Peltier Foundation was looking to grow the Alumni Federation Scholarship. Katherine Mabile, director of alumni affairs at Nicholls State University, said that in 2014, there were only 4 scholarships being awarded each year. That number has since increased to over ten.

“And that’s the goal. We want to benefit as many students as we can with these scholarships,” Mabile said.

The Alumni Federation’s Awards and Scholarships Committee reviews all the applications. Award recipients are selected based on whether or not they meet the criteria.

The Peltier Foundation donated $25,000 to the Legacy Scholarship, which has been financed by the Nicholls Foundation. Becker says the amount of scholarships given is based on the interest earned by the donation.

After a conversation with Mabile at the scholarship dinner hosted by Nicholls President Jay Clune, the Peltier Foundation decided to donate more funding to the scholarship fund.

“After talking to Mr. Stephan Peltier, I told him 102 students applied and we’re only able to give so much; they wanted to endow another one,” Mabile said.

Scholarship recipients must be full-time, undergraduate students who are in good academic standing. The students receive $500 per semester of the academic year in which the scholarship is awarded.

The scholarship application and criteria can be found on nichollsalumni.org or in the Scholarship Office. The deadline to apply is March 31st.