the nicholls worth • June 19, 2019 • https://thenichollsworth.com/7007439/showcase/traffic-concerns-mount-around-campus/

What the roundabout means for campus traffic 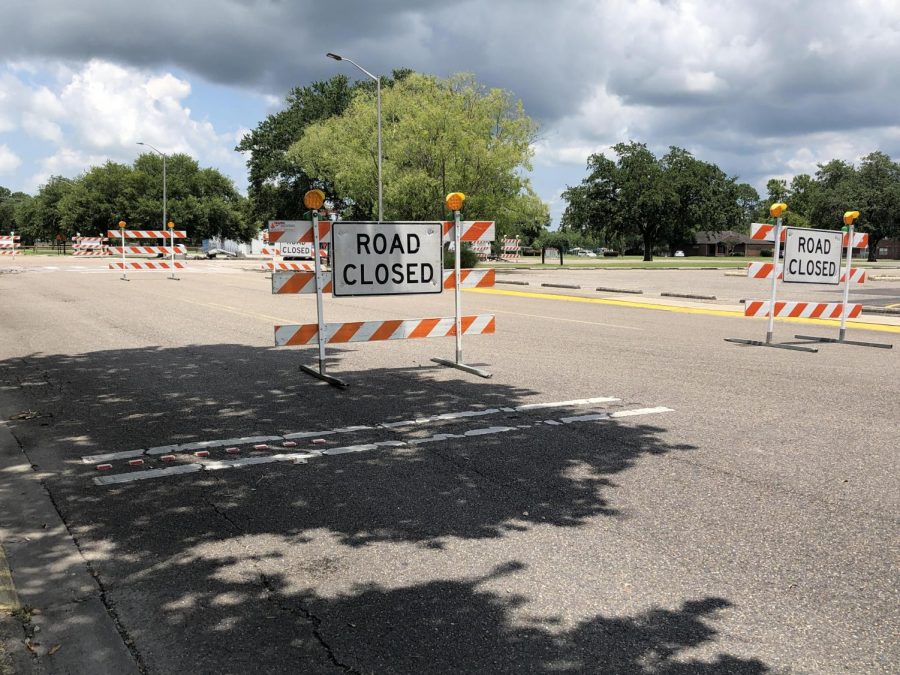 The city of Thibodaux has begun building one of three new roundabouts near the Nicholls State University campus on Audubon Avenue and Ardoyne Drive, which is set to coincide with some of the university’s additional plans in handling traffic on campus.

Thibodaux Police, Chief Bryan Zeringue said that traffic increase on campus is a likely symptom of increased population and new businesses across town.

“Traffic is going to constantly increase around town and around the campus due to so much growth that’s going on,” Zeringue said.

Nicholls Police Chief Craig Jaccuzzo said he is concerned that the addition of the roundabout will lead to an overspill of traffic on Stadium Drive and Madewood Drive.

“We see individuals circumventing the traffic circle simply because of it being confusing to them, or them not understanding it, or them finding another avenue to get on campus,” Jaccuzzo said.

Zeringue said the intention of the roundabout is to prevent traffic from coming to a standstill in locations where it typically bottlenecks, especially when nearby school start and end time conflict.

“The main purpose of the roundabout is they don’t want traffic to stop,” Zeringue said. “It takes people a little while to get used to a roundabout, but once you get adjusted to it, it does flow a lot smoother and traffic continues to move.”

In anticipation of that traffic increase, Jaccuzzo said the Nicholls police department has been proactive in issuing traffic violations.

“[It’s] not so much to give tickets and fines, but to utilize them as a warning, as an educational device to let them know that these things are going to come up in the future and to build a conscience of where they’re at on campus,” Jaccuzzo said.

Students looking to avoid the traffic circle altogether by driving through Bowie Road could soon face challenges, as the Thibodaux Regional Wellness Center, set along the road, is set to expand with an outdoor facility. The 17-acre project is set to include outdoor volleyball courts, a football field and an 8-lane track, and much of its user base may drive through campus to get there.

In addition to the construction added by the roundabout and the wellness center, Rouses is set to relocate its Audubon Avenue supermarket.

After the construction is complete, Jaccuzzo said he is not concerned with the addition of the businesses in terms of traffic, but the roundabout still worries him.

“Our biggest concern is the traffic circle because we do see traffic building up on the campus,” Jaccuzzo said.

Ethan Adams, the Student Government Association director of rights and grievances, said that the implementation of the scooter program was intended to help alleviate some of the upcoming pressures of traffic and parking on campus.

“Hopefully more people can park by the stadium and take more scooters to the front of campus,” Adams said.

Nicholls administration suspended the scooter program for a day while it worked with the Student Government Association to develop additional safety rules for the scooters.

“We had some hiccups with the scooter program, simply with the safety concerns individuals in the community had,” Jaccuzzo said.

Jaccuzzo cited scooter participants not following the same traffic rules as cars and misunderstanding the regulations of riding scooters on the sidewalks as reasons for the temporary closure.

“They addressed those from student affairs and through the power of police departments,” Jaccuzzo said.

To help alleviate traffic when Chick-fil-A arrived on campus in February, the university worked with campus police to reconstruct the parking lot in front of the location where the restaurant was built.

Jaccuzzo said that despite not receiving the traffic increase campus police expected, the use of separate entrance and exit points to the parking lot alleviated what traffic Nicholls did experience. The design allowed drivers to use both Madewood Drive and Audubon Avenue, rather than being confined to one roadway when wanting to dine at the restaurant or exit the campus.

“We’re satisfied with what we designed, the way the parking lot was going to be created in anticipation of increased traffic from the community,” Jaccuzzo said.

Adams said that while it would be ideal for the university to either construct new parking lots or redesign them like was done for Chick-fil-A, it is not financially feasible. Instead, most of the changes to current parking lots will involve repainting lines and reallocating some faculty-exclusive parking spaces to ones students could use.

“Hopefully if there are more convenient parking spots, everybody could just find a spot and that’ll increase the traffic flow,” Adams said.

Adams said that campus police has been willing to work with the student government on parking lot adjustments, but with other construction projects on campus, it may take time to get the campus police and maintenance staff available.

“There’s a huge maintenance backlog,” Adams said. “They just have a lot to do with an aging campus, so things like striping for parking lots might fall to the wayside,” Adams said.

Adams is working on developing a bus system in order to compensate for students who may not want to ride scooters, but are still concerned about parking and traffic on campus. The transit system has not been approved or completed yet, but would pick up and drop off students at set locations around campus.

“The main thing we have to remember is it has to be financially feasible,” Adams said.