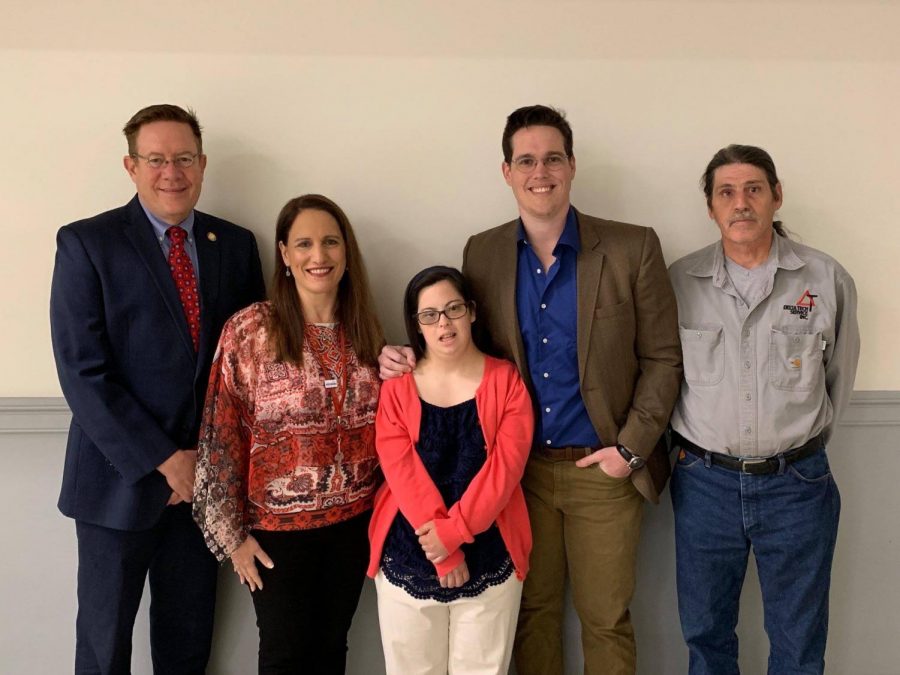 A Nicholls State University student employee saved a Bridge to Independence student from choking in the cafeteria.

The student-hero is William Simmons.

Simmons works as a plant-based chef for the cafeteria. He is from Napoleonville and is a senior who will be graduating with a Bachelor of Science in Health and Nutrition Services. He also has a minor in culinary.

Simmons said that on March 30, he started his shift in the afternoon and noticed a group gathering around where the Bridge to Independence students usually sit. He said he noticed a supervisor walking to the group when he saw student Hannah Hotard choking.

“I saw Hannah sitting there. She wasn’t acting without oxygen; I could tell she was still choking, though. People were panicking and didn’t know what to do. They said she had done this before and that the food has come up on its own, but they said it had never been that long,” Simmons said.

Simmons said he rushed to her and performed the Heimlich maneuver twice.

The first time, she was alright, but Hotard started choking again, so Simmons performed it the maneuver a second time. He said that Hotard was eating gumbo and was choking on some of the ingredients in there.

“I wasn’t nervous. I wanted to quickly get it done and make sure she didn’t have to suffer for much longer. You can panic, but I don’t know. It’s a terrible situation to be in. I don’t want them to have to suffer like that,” Simmons said.

He also said that the whole group was sweet. He also said that he saw Hotard a few weeks later when Jay Clune, Nicholls president, asked him to attend a meeting with the administration so she could thank him.

Clune recognized Simmons and Hotard at the meeting.