As per usual, the sneaker world has had its timely share of interesting releases in the last few weeks. From debatably the greatest Converse ever created to re-release details of one of the most notable Jordans ever, sneakerheads are continuing to ride this seemingly endless wave of excitement in the sneaker culture. Aside from the hyped news, we’re also going to take a look into the seasonal influence on sneakers and how the arrival of fall could further spice things up.

The Off-White Chuck 70, released on Oct. 8, was yet another addition to Nike x Off-White’s collaborative collection. This shoe, however, looked a little different from the previous designs that the high fashion and sportswear brands have put out. On this rendition of the infamous Chuck Taylor, we see a bit more of that Off-White signature flair, with the trademark, striped pattern appearing on the midsole and lots of orange features throughout the design of the shoe. This shoe is also different from its “The Ten” collection predecessors in its resale price of only $350-400. If you’re not really into sneakers, this could seem like a lot of money, but you have to understand that the last pair of Off-White Chucks is currently reselling at over $1000. Lots of people are ecstatic about this high-fashion shoe existing within a relatively affordable price range.

On Jordan’s side of the shoe game, re-release details for the notorious Infrared 6s have surfaced. Set to release in Feb. 2019, the Infrared 6s are back with the Nike Air branding on the heel, as seen in the 1991 and 2000 editions of the shoe, rather than the Jumpman logo seen on the 2014 release. The return of the original, historical styling to this shoe makes this already highly-regarded sneaker even more desirable. The Infrared 6s are the sneakers that Michael Jordan wore when he won his first NBA Championship in 1991. The hype behind this one is all too real.

Lastly, the season of fall is one of fashion’s favorite times of the year because it offers the most leeway and creativity with the mild temperatures. Clothing and sneaker companies recognize this occurrence and release products accordingly. Fall-styled sneakers, such as Nike’s “Wheat” Pack, provide means for an on-feet autumnal embodiment at a low price. Along with the annual reintroduction of fall-winter style, these shoes are back in style. If you’re feeling the fall spirit and want to show it on your feet, then cop some seasonal shoes. It’s a whole move.

Sneakers are still cool and a really important part of fashion, so, therefore, you should still need to know what’s going on in the sneaker-verse. If you’re a participant or even just an admirer of this one-of-a-kind culture, then you are greatly appreciated by many. May we continue to enjoy this blessing that is the sneaker culture for as long as it is providing quality products and entertainment for its followers.

Why we need female superheroes

Sneaker Feature: Donald Glover continues his advancement as a musician and fashion icon 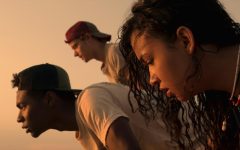 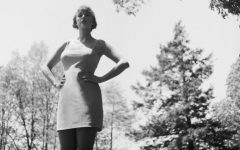