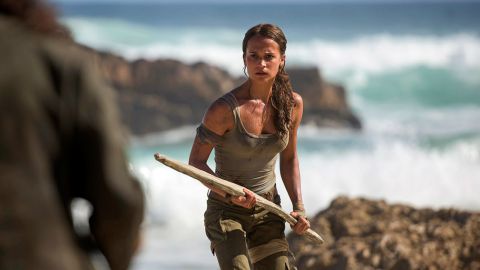 Losing someone is hard, but not knowing what happened can be unbearable. At least that was the case for Laura Croft in Roar Uthaug’s remake of “Tomb Raider,” the first of its series.

Croft’s determination to find out what really happened to her father has a huge significance in movie. Through her street smarts, physical capabilities, and determination she sets off to uncover the truth of her missing father and his discoveries. She encounters a few problems along the way.

To say that these problems were action packed would be an understatement. Despite the multiple unrealistic events of Croft escaping death, the story flows well. As the story evolves it takes the audience with it. The mystery of the tomb unfolds piece by piece and as Laura slowly starts to put the pieces together, so can the audience.

Throughout the journey, these escapes from death get more and more dramatic but never fail to be pleasing to the eye. The special effects around the jungle and during the fights scenes seem to be lifelike and are well displayed. Lightning becomes a well-used factor as the setting gets darker providing intensity.

“Tomb Raider” is not one to be called scary but does contain the unexpected. The unique camera angles and fast movement of scenes can be somewhat creepy, possibly causing a jump or two from the audience. It is however sure to keep the edges of seats warm.

The term “Croft” is used often to describe Laura as being like her father, but really she impresses herself and her father by her bravery. All the characters, especially by the opposing hero and villain, deliver a well range of emotion.

Alicia Vikander as Laura Croft, does a great job in the transition from reckless rebel to sensitive daughter showing the emotional connection with her dad.

Walton Goggins as Mathias Vogel is not the average villain. Goggins’ acting depicts the roughness of a villain why expressing the desperate man inside. As the plot thickens he becomes more and more obsessed with his task and loses sight of the importance. Although he is in charge of the men with the guns there is some sympathy that goes towards his character.

Although there are chases and gunfights, the story shines through. The bond between a father and daughter is strong, but a sacrifice out of love is stronger. In order to protect the greater good, sometimes a choice has to be made, and it may not also be easy.

Overall, Croft’s adventure turned into much more than what she expected. The twists and turns of the plot provided entertainment for the entire experience.

How to communicate with your now long-distance significant other

Early movie releases because of the coronavirus 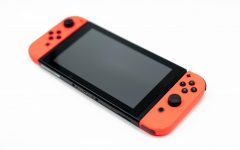