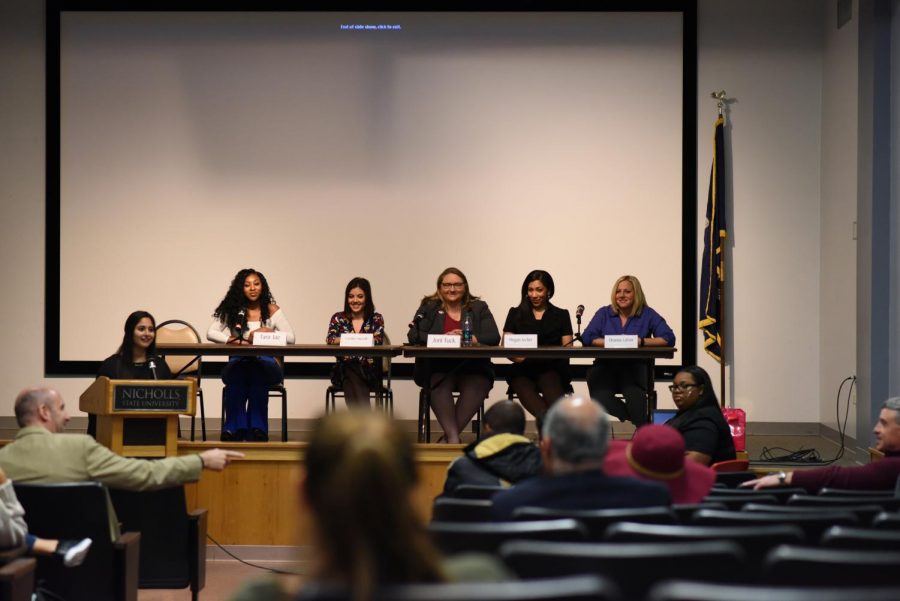 On Wednesday, a group of five local women spoke about how to succeed in the field of media relations, as well as the determination to never give up, as part of the Women in the Media panel hosted by the Radio-Television Digital News Association (RDTNA) in the Le Bijou Theater.

The panel consisted of a wide range of women involved in different types of jobs dealing with media. They spoke about their daily routines, their opinions on harassment in the workplace and any advice they would give to someone trying to enter the field.

One recurring conclusion among the participants was that, although they are self-sufficient a lot of the time, their daily routines are rarely consistent.

Caroline Marcello, a multimedia journalist and reporter for KLFY News in Lafayette, explained that as a multimedia person, she does a lot of the work herself. As she prepares for meetings, she has to have her own ideas for stories ready.

“You have to find the story. It is never really given to you,” Marcello said. She also films her own stories and interviews.

“In a day, my story can change within an hour if there is breaking news,” Marcello said. “It’s exciting and it’s something different every single day.”

Joni Tuck, external relations manager for the Greater Lafourche Port Commission, said she runs social media, media relations and government relations. Her main goal is to express just how important the energy industry is to Louisiana.

When asked about harassment in the workplace, the women felt that being comfortable in their work environment is very important. Being able to feel confident enough to say something if needed should always be the case, they said. The women said that they have not experienced physical actions associated with the term harassment, but some everyday comments or interactions can be taken offensively.

For example, when Marcello started out, the critiques she received were about her clothing or hair, not on her writing and skills.

“I am there to learn, and I’m there to be a reporter and a journalist, not just a face,” said Marcello. “See me for my work, not what I’m wearing.”

Tuck said that sometimes one may get underestimated, but “that is the most powerful thing in the world.”

Tara Jae, a media radio personality for Power 102.9 in New Orleans, said “networking and interning is the biggest thing in this field.”

Jae said that by interning, people can learn skills that are needed, and it is a good way to make connections.

Deanna Lafont, southeast region customer service lead representative for Entergy, gave accounts of her interview experiences. Lafont shared how she was not prepared enough the first time around, and she received a question she could not answer.

In order to prepare for the interview for her current job, Lafont obtained letters of recommendation from contacts she knew in the community.

“Why’d they do it? Because I asked,” Lafont said.

Lafont said she may not have known everyone she requested letters from really well, but by asking for what she wanted, she was prepared for the interview and got the job. She described confidence as being a powerful tool in achieving the necessary information, especially in media.

She also shared that it is acceptable to ask questions. Lafont said that her electrical knowledge was not vast, but she knew how to take care of people, which was her job. During meetings, she would take notes of terms she did not recognize.

“I would find the friendliest looking person in the room and ask if they would explain this concept or that term to me,” Lafont said.

Along with being prepared, the women said to always be on the lookout for opportunities.

Meghan Archer, a video producer for lower Lafourche, said, “I write, script, film, edit and produce commercials and documentaries. We have our own local channel,” said Archer.

Archer said she pretty much covers anything the channel needs.

“A lot of times I try to hire from Nicholls. I feel like it is good to stay in our local region and use the talent that is in this area. Nicholls students will come in and we film everything from sports through government. I give them a lot of freedom to express themselves,” said Archer. 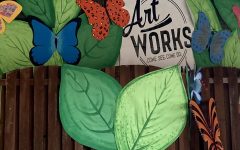