The Nicholls Players debuted their fall production of Qui Nguyen’s “She Kills Monsters” on Oct.
12 and continued their performances through Oct. 15 in the Mary and Al Danos Theatre.

The play “She Kills Monsters” was originally written in 2012. It follows a young teacher who is
learning to cope with the tragic loss of her sister and parents. After going through her sister’s things, she
uncovers a Dungeons and Dragons notebook, a game that she decides to play in hopes of discovering
more about her sister.

“I think a part of the decision in picking this fall production was how different the content and
storyline of this particular play was in comparison to shows that they have done in the past,” Malcom
Parfait, mass communication freshman from Schriever, said, “It was something different, something that
appeals to a younger audience.”

Auditions for the play took place over two months ago and practices began shortly after the cast
was announced.

“We practiced pretty much every day of the week for the three or four weeks leading up to
opening night of the production,” Parfait said.

Practices were not only for rehearsing lines. There were also practices held for set building.

“My favorite part of the play was one of the set build practices we had,” Parfait said. “It was
complete chaos, but something about it was extremely fun. I enjoy the practices and the set builds, so to
put them both together was a lot of fun.”

Being a student run organization, students did build the sets themselves and buy the costumes
used in the performance.

“Some parts of the costumes were self-made, but the majority of it was bought,” Parfait said, “he weapons we used were all bought; they were all foam. As for the sets, all of those were built by us.
They have a foam mountain and foam tree lines that we built.”

The Nicholls Players debut two main productions a year. One takes place in the fall and the
other performance is in the spring. Auditions for the spring production will be held within the next
couple of months.

“I want Nicholls students to know that the plays are a lot of fun,” Parfait said. “We are trying to
do things that appeal to the younger people. Also, audition for these plays even if you don’t think you
will get a role. That is the one way to get into theatre. Just auditioning, coming out and supporting our
play really helps.” 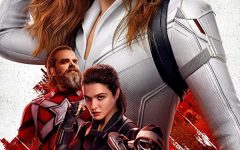