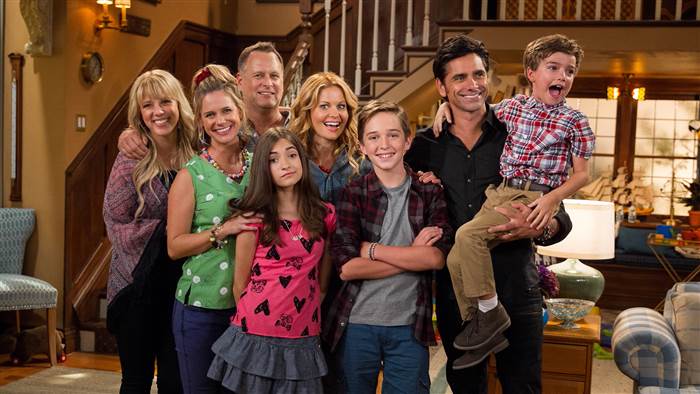 Despite a number of issues with poor writing, Fuller House’s third season is a binge-worthy blend of
hilarious lines, nostalgia and the kind of heartfelt moments that made Full House so special.

Anyone who has watched Fuller House knows that its first two seasons are corny, but in the best way
possible. Season three is no exception to this. It has its fair share of jokes that will make viewers cringe.
Between the return of fan-favorite characters and references to the original series, it’s hard not to enjoy
Fuller House season three in all its corniness and pop-culture references.

The series starts off on a rather low note, with a painfully awkward musical number and four rushed
episodes that seem to have either unnecessary plot points or simply no plot at all. On top of that, a few
of the series’ best characters like Ramona, Jackson and especially Fernando are heavily underused, while
some of the most entertaining relationships, like those of Matt/Steve and Kimmy/Stephanie, are
nonexistent.

On a brighter note, the first few episodes have a number of both funny and heartwarming moments.
Episode two features DJ saying the line, “Now I’m crying, and it’s completely unscheduled,” and an
unbelievably hilarious Kimmy moment, while the reappearance of the loveable Danny in episode three
results in a wonderful “Copacabana” duet, along with a touching moment with his daughters.

The season reaches its stride with arguably one of the show’s best episodes so far, which sees the
Gibbler’s bizarre childhood home, Kimmy and Stephanie’s always-enjoyable banter and the return of
none other than Uncle Jesse himself, who spends the whole episode in a situation sure to make viewers
laugh from start to finish (and maybe even feel a little Full-House- era Jesse nostalgia). Additionally,
Fernando is back in full force to make for some adorable Gibbler family moments, including another
entertaining musical number, throughout the remaining episodes. The last few episodes are also full of
sentimental moments between characters like Stephanie and Max and, especially, DJ and Steve.

While episode eight proves to be another slow one despite appearances by Becky and Joey, the season
reaches a peak in its ninth episode. High points include Ramona standing up for herself in a beautiful
way and a humorous storyline surrounding Max and his “arch-nemesis” Fernando. The best moment of
the season comes at the end with a cliffhanger that will leave fans begging for the second half of the
season, which is set to premiere at a later date.

Woven throughout almost every episode are pop-culture references that are especially amusing, given
that they come from some of everyone’s favorite 90s stars. Hearing Stephanie make jabs at the price of
Hamilton tickets and Jesse mention Chance the Rapper is truly an entertaining experience.

Fuller House season three has its fair share of plot problems and cringe-worthy jokes. These hardly take
away from the fact that it is packed with some seriously comical and heartwarming moments. It’s silly
and corny, but at the end of the day, with its appearances by familiar characters, references to the
original series and sweet moments between the “she-wolf pack” of the Tanner girls and Kimmy, Fuller
House’s third season feels like home to longtime Full House fans.