Search committee for the next Nicholls president named

The University of Louisiana System announced yesterday that it officially named a committee to begin the search for the next Nicholls president.

UL System President and CEO Jim Henderson will chair the committee that is comprised of UL System board members along with staff and students of Nicholls, as well as the surrounding community.

The committee’s first meeting will take place on Sept. 25 at 10 a.m. in the Cotillion Ballroom in the Bollinger Memorial Student Union, followed by a public forum at 11:00 a.m. Students are allowed to attend the forum and voice their concerns.

The formation of the presidential search committee is the latest development regarding Bruce Murphy’s resignation from his position as president of Nicholls, which has seen mixed responses from students, faculty, staff and community members since the university announced it on Sept. 14.

Tommy Thibodeaux said that working with Murphy has been a pleasure and thanked him on behalf of SGA.

“Working with Dr. Murphy has truly been a pleasure, and he taught me so much during my time as SGA president,” Thibodeaux said in his statement. “He will be missed, and his impact on this university will not soon be forgotten.”

Whitney said that the news of the resignation surprised him, especially given its timing at the beginning of the semester.

Whitney, a professor of political science, said that Murphy’s impact on the university will be determined by the same question posed to U.S. presidential candidates: “Are you better off now?” He believes that because of factors like increased enrollment and the passing of the university’s accreditation with no recommendations, a big achievement, after a warning from the Southern Association of Colleges and Schools Commission on Colleges (SACS), Nicholls is better off now.

“He’s been here for a little over three years…this is my seventh year, so I had kind of half and half of two regimes, and I do think that things are better now than they were when he got here,” Whitney said.

Whitney said that since the committee will be comprised of student, faculty, staff and community representation, there will be broad input as to who receives the next presidential job. He feels that, while having a president chosen by January would be ideal, it is also important to make sure that the search is thorough and results in the best applicant receiving the job, so an interim president in the spring semester would be an option.

“If we have to go with an interim president in the spring then I think that will be fine with me,” said Whitney.
“President is incredibly important, and so you want to make sure it’s a thorough search with input from every major constituent, and that would include faculty and students.”

Whitney believes that while it is natural to be curious of Murphy’s reasons for resigning, those reasons do not matter in the big picture.

“There is sort of a ‘wait-and-see’ just from the curiosity standpoint of what’s the reasoning behind [Murphy] leaving, but realistically, that doesn’t really matter for us moving forward,” said Whitney. “The main thing I’m focusing on now, regardless of why he’s leaving, [is that] he is leaving, and so we have to have an eye sort of moving forward as to what’s going to happen next,” said Whitney. 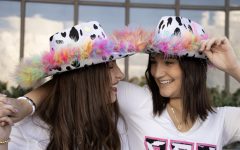 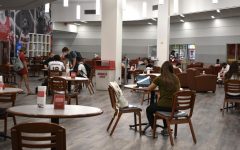