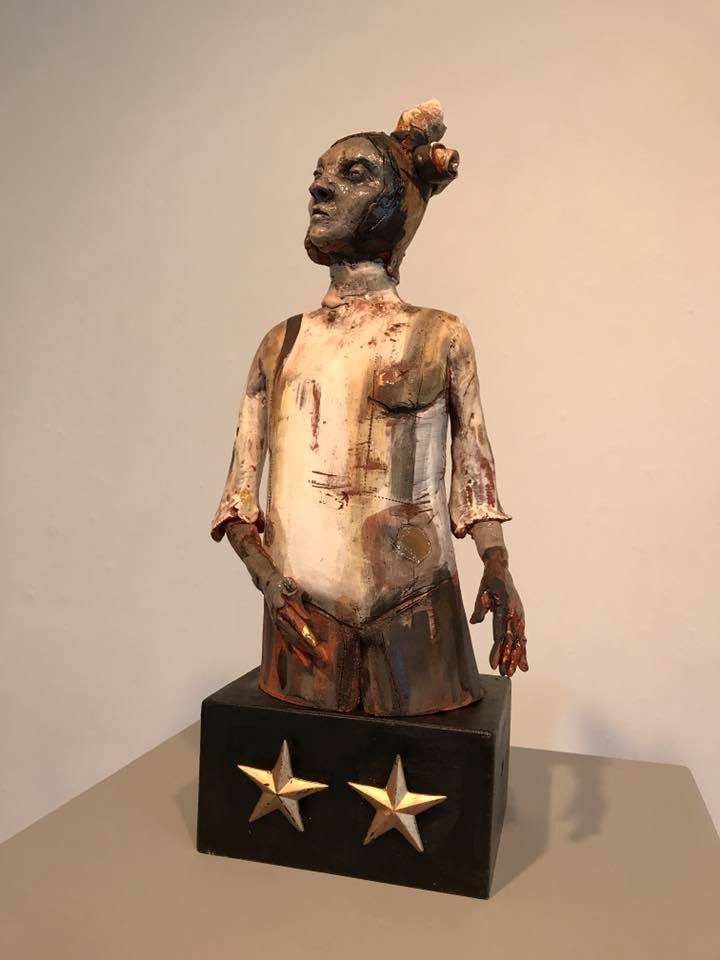 The Nicholls Art Department is featuring a well-known southern artist’s ceramic figure collection in the Ameen Art Gallery in Talbot Hall. The exhibit is free and open until September 14. In addition to the exhibit, Johnson will also host two workshops on Sept. 15 in the ceramics studio. One will be from 8:40a.m. to 10:30a.m., and the other will be from 11:50a.m. to 1:50p.m.

Stacey Johnson’s ceramics collection, called “True Stories,” is comprised of several individual female figures that reflect her personal experiences growing up in the Mississippi Delta. Essentially, the collection tells her story. The artist is, however, aware and appreciative of the fact that not everyone will understand the meaning behind her self-expression.

Johnson said, “Each person gathers an entirely different meaning from my art work. I like that it is open for interpretation.”

Heavily influenced by her mother and uncle, who were also artists, Johnson has been an artist her entire life. While she mainly painted in her youth, she later found herself majoring in photography at Loyola University in New Orleans. Johnson said she did not discover her passion for sculpture until enrolling in a clay class during her sophomore year.

Now a resident of Biloxi, the artist is represented in numerous private and public collections throughout Mississippi and Louisiana. To name a few, her art is displayed in the Mississippi Museum of Art, the Hall-Barnett Gallery, Fischer Galleries and the Ogden Museum of Art.

Johnson said she was introduced to the opportunity of showcasing her work at Nicholls through mutual friends of Nicholls Art Director, Jeff Brown.

Johnson said, “I sincerely appreciate the opportunity to show the Ameen Gallery at Nicholls State University. I really enjoyed working with Jeff and the ceramics students, and I look forward to my lecture and demonstration.”