There’s more to millennials than stereotypes

Every generation is guilty of blaming society’s ills on the generation that follows, but it’s beginning to get extremely out of hand.

Millennials have been accused of being the most lazy, clueless, entitled, narcissistic, cocky and pampered generation yet. Instead of defining an entire generation this way, older generations need to recognize the ambition and talent of the millennials who continue to thrive and make progress.

We don’t all have it together, but that doesn’t mean we aren’t trying or that we aren’t capable of it. It is inaccurate and insulting for someone to automatically assume that we are lumped into one big group of letdowns.

Millenials are accused of being lazy, but we have to work twice as hard compared to previous generations. It’s harder for us to get jobs, buy houses, cars, etc. because everything is so much more competitive than it was before.

We are even considered freeloaders for living with our parents when we cant afford a place of our own. After years of freedom and living up the college life, the last thing a post-grad wants to do is live with their parents, but some of us don’t have much of a choice when we are thousands of dollars in debt and searching for a career.

Milennials are often misunderstood. Our mental illnesses are overlooked and not taken seriously because some think we are only being needy and looking for attention. We want to be able to express ourselves with no judgments, but we are often judged by our sexuality, style, etc. We often get accused of being too sensitive and politically correct. Many of us are genuine and realize it’s the right thing to do to accept and respect people for the way they are.

Technology was created for us to use. Why is it so wrong that we want to keeping up with what’s going on in the world in a quick way? Isn’t that what technology is for? It is considered to be important, but we get talked down because of our frequent use of it. It’s part of our everyday life. Social media has its ups and downs, but there is a reason that medium is so successful. We use it to gather information, share ideas, thoughts, etc. We aren’t just using it for play.

According to several media outlets, we are the blame for the crumbling of the movie business, napkin business, cereal industry, soap industry and many others. TIME even described us as a “Me, Me, Me!” generation.

We are mocked. There are management training programs on “hot to work with millennials” attempting to prepare people for the assumption about us failing to run things. This stereotype based on age is unfair. It’s not our age; it’s the era we live in. Generations before have created these stereotyping with an inaccurate image of us.

While these accusations can have some truth to them depending on individual personalities, it is still inappropriate and downright wrong for us to be completely stereotyped as a group. Millennials, like any generation, should be recognized for their achievements and contributions rather than being defined by an inaccurate stereotypes. 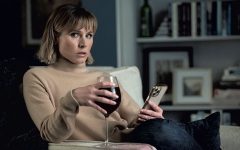 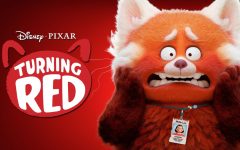